Here are the best NFL Fantasy Football Apps for android, all in one post and we are happy to have you here.

National football league popularly referred to as NFL by fans and critics alike is an American sport with four major professional sports league.

The sport started as far back as 1920 with little to no interest from ordinary people. Today, the NFL has one of the biggest sports attendance in the professional sports world.

With millions of fans across the globe, one can only expect that the fan base would like to keep up with the sports on-the-go.

How do they do this? It’s simple.

Every individual in today’s world have a smartphone on a preferred operating platform, and these smartphones make it less haunting to miss your favorite NFL team play. Here is where NFL fantasy football apps for android comes in to handle the problem.

With NFL fantasy apps for android, NFL lovers from around the world can make judicious use of various only tools to keep tabs on players and statistics of each NFL team.

This method of keeping tabs with things as they unfold in the world of NFL fantasy has eliminated the need for bookkeeping. The NFL Fantasy league is here already. For the fans and punters who will be on the lookout for the turn of events, we bring to you, NFL fantasy football apps for android.

Highlighted below are some of the apps that are going to keep you in the loop as events unfold in the world of NFL fantasy football. Here is our list;

The NFL’s Fantasy Football app is an excellent place to start your search for fantasy football apps, with the latest news and data sourced straight from the NFL itself.

This app has gotten a significant update for every season, with improved player profiles and stats and a revised Teams section helped out by improved player comparison tools.

Fantasy football app Sleeper taps into the social dimension of your friendly fantasy football league, building a chat platform straight into the app that also includes notifications and announcements.

As a result, it’s easier to make league announcements, keep track of waivers, trades, and other moves, or chat with other managers or your league commissioner.

While it isn’t as feature-packed as other platforms, the built-in social dimension of Sleeper is a great draw for a robust fantasy football platform.

While you’ll get the most benefit from playing your fantasy leagues at CBSSports, the app also provides a variety of features such as season projections, a draft companion, player news, and player rankings that will be useful even if you play at Yahoo, ESPN, or other fantasy sports platforms.

FantasyPro’s Fantasy Football Draft Wizard is another on the long list of neat Fantasy Football draft companion app. It provides some useful free features that get better if you subscribe to the premium tiers.

The app supports custom drafts, and users who sign up for the premium tiers get extra features, such as a live draft assistant that syncs with major draft hosts such as Yahoo, NFL & CBS, a Pick Predictor, and Keeper League support.

Those who find waiting through a full fantasy season to be a daunting prospect might want to check out DraftKings’ daily fantasy sports drafts.

Here, players can participate in daily fantasy sports leagues whether in free or private leagues or paid entries with high scorers getting a shot at winning real money.

The appeal is very clearly the speed, but with the allure of real money, winnings added to the mix of fantasy sports stat crunchiness.

The format is used to challenge players to build the best-balanced team that they can. Players can compete in daily or weekly leagues, with a system to quickly set up your units, as well as promptly receive notifications on results.

Fantasy Football Draft Wizard is one of the best-rated fantasy football applications out there and for a good reason.

This app doesn’t seem to have any serious technical issues, while its UI is excellent. It comes with a draft simulator built-in, while a cheat sheet creator is also included on the inside.

Expert advice is also at your disposal in this application, and so is the ‘Draft Analyzer’ option.

Fantasy Football Metrics app is a bit different than most other apps on this list, as this app is perfect for football scouting, projections, and analysis.

The developer explained this app well; he said that it merges computer model analytics with voluminous tape study.

This app will provide you with weekly projection updates (in-season), and daily trade advice, while all games are studied and report out on.

Value-Based Drafting is a rather interesting tool for fantasy football.

The app requires you to select your league size and scoring format and based on that it will show you a draft board to get the most value on your roster.

This can be quite useful to get the best value players on your team quickly, which is quite vital as all positions are up for grabs at once in fantasy football, as most of you know.

Draft Rivals allows you to create lineups all week and face off football rivals all over the globe.

You can compete in tournaments in this game, while you can also collect, build, and train players as well.

The look of this game is considerably different than other apps on this list, as it brings you football players in the form of cards, basically, while other apps take a noticeably different approach.

For those playing for hard-earned cash in a big league with a buy-in, you’ll want all the help you can get. Which is why you’ll want to use Draft Dominator to get an edge, even if it costs money. This is my third year in a row using DD.

Imagine having a panel of experts watching everything you do, whispering in your ear, and helping you make the right choices during the draft process. It’s like your big-board for the most critical aspect of Fantasy Football.

The most crucial part of any fantasy team is the draft day. This app gives you all the tools, information, and insider details to select the best player, sleeper picks, and more.

They even break it down for PPR leagues and the many other variations so you’ll still make the best picks. Give it a try today.

This Fantasy Football app allows you to take your desktop fantasy sports account mobile. You can create teams and leagues and participate in mock and live drafts from your phone or tablet.

The app comes with team management tools making it easy to set up your starters and bench players, as well as trade them with other league teams.

Users can get FantasyCast live scoring, as well as news and videos from ESPN’s team of analysts.

Search giant Yahoo’s carved out a respectable niche for itself in the field of online fantasy sports.

The Yahoo Fantasy Sports app is a top-notch football app that covers a variety of other fantasy sports, such as baseball, basketball, and hockey.

Players can create or join fantasy leagues, set updrafts, quickly set up team lineups and track scores and performance, as well as check out pieces by Yahoo Sports and Rotoworld experts.

Asides the custom league, users can also take part in daily or weekly fantasy games in a bid to stand a chance to win real money.

If you happen to have some other NFL fantasy football app that you or your friends make use of regularly and has a proven track record, you can as well send us a message to include that particular app on our list. 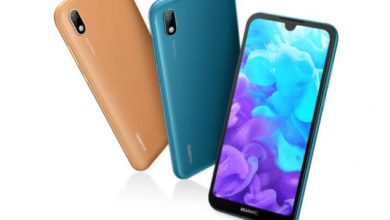