While I was growing up, I mostly spent my free time playing on the SEGA Genesis console with my siblings. I grew fond of particular games which have created memories I would love to recreate. Thankfully, SEGA Genesis emulators for android has come to the rescue, and I can now play every of my favorite SEGA Genesis games.

For those who were in the loop, you will all agree with me that the first-ever ground shaking rivalries in the entertainment industry is the one between SEGA Genesis and Super Nintendo Entertainment System.

Nintendo ultimately came out on top as the company with the upper hand but did not stop the gaming community from enjoying the goodness that SEGA Genesis brought with it.

Most of the SEGA Genesis emulators work well with SEGA CD, SEGA Mark III, SEGA Master System, and Mega Drive Games. The choice of SEGA flavor is entirely up to you.

There are loads of SEGA Genesis games emulator for android, and I did my best to test a fair share of them. One thing that is common with the ones I have tested so far is their slow response time, poor graphics, and a nothing-to-write-home-about experience.

SEGA games are formerly fast and as such, only a fast emulator that can keep up with the speed of the games, which is what makes the experience enjoyable.

Luckily for me, all the time invented in testing out the emulators did not go down the drain as I found gold in a pile of rubble. The very first emulator on this compilation will have no issue running on an average android game.

Every of the SEGA Genesis emulators contained in this app was tested on my Redmi Note 7, and they all performed excellently well.

I can authoritatively affirm that there was no problem faced during testing. These emulators can be used without an internet connection. You should know that despite having emulators installed, you will need to source for your game file of choice.

Other people refer to these games files as ROMs. No matter what it is that you call it in your region, I do hope you get the picture I am trying to paint.

Classic Games Emulator for Genesis MD is the most popular SEGA Genesis emulator app for android.

That’s because the app does what it should do effectively and without the slightest hassle. This emulator also features game guides.

There is also a support system for SNES, Gameboy Advance, GameBoy Color, PSP, Nintendo 64, and several other classic gaming environments.

Look no further if a game to take care of all your classic gaming needs is all you want.

SuperMD emulator for android was first released on play store in March 2019.

This SEGA Genesis emulator is as simple as it gets, but it does the job when it comes to run classic games effortlessly.

If you download the free version of the emulator and it serves you well, you can get the pro version in a bid to encourage and support the developers of the app.

MD.emu has almost everything in common with the first SEGA Genesis android emulator on this list.

This emulator is on this list despite having several similarities with classic games emulator because the latter might not work well with some smartphones or restricted in some regions. That’s the same situation for MD.emu. In other words. If one of these apps do not work well for you, you should try the other.

The best part with this app is its customizability where you get to set up the on-screen keys or third party gaming app the way you want. The developers of MD.emu claims it can also work with Wiimote, but I didn’t confirm this feature.

This emulator app places itself as the all-rounder emulator for android. It supports gaming systems like Playstation, Nintendo 64, NES, Game Boy, and SEGA Genesis.

The emulator seems to be holding its front as most of the user reviews have praised its seamlessness. The features include customizable gamepad layout, multiplayer support, and game progress save and load.

It is a great option to exploit for people looking to emulate SEGA Genesis games. You can also check for some other types of classical games.

Before buying the pro version of the app, you should try it out the free version for some time. Its for you to be sure you know what you are getting into with the app.

MasterEmu is among the latest additions to the list of SEGA Genesis emulators for android on the google play store. This emulator works well with Master Drive and Game Gear support.

The included features in this SEGA Genesis emulator app are pretty decent. Some of these features include hardware controller support, excellent game support, Android TV Support, and many more.

Because this emulator app is still new, and some features are yet to be perfect, you might experience some hiccups during your usage.

With the features, MasterEmu is offering at its development stage, no doubt it has a promising future. There is also the potential that this emulator will join the key players in the android emulators’ niche.

MasterEmu has two versions, the freemium and the premium. The premium comes at a reasonable price, and it comes with a lot of additional features.

Retroarch is the jack of all games because it boasts of a support system that encompasses all gaming systems.

This application is the real deal for every gamer who’s looking for a break from the popular Android gaming apps. You don’t have to load up your phone’s storage with an emulator each for every available gaming system.

Retroarch supports cheat codes, configurable controls, and game progress saving options. This emulator is free for now. You should know that getting around the user interface has a bit of a learning curve to it.

This emulator is SEGA’s way of bringing back old memories of the good early days of classic games. Games like Gunstar Heroes, Altered Beast, Streets of Rage, vector man and sonic the hedgehog have all been officially launched on the Google play store by SEGA.

These rebranded games for the Android ecosystem comes with a fair price, and they feature decent mechanics. A move like this remains a great incentive towards creating a channel of support to encourage the retro gaming community.

Check Here for The Emulator

Before getting an emulator from our list of SEGA Genesis emulators for android, you might as well check out your favorite retro game on the google play store to see if it has official support yet. If it happens to have, that means you do not need an emulator.

Features like fast forward, load and save capabilities are missing on the officially released version of these games.

Every of the SEGA Genesis emulator apps for android included in this compilation work well on supported android devices. We recommend Genesis MD because of its many features for your gaming needs. This app remains one of the best classic games emulators

This app remains one of the best among users and critics alike. We strongly believe it is more than capable of handling every of your gaming needs.

You should take our word for it because this emulator is one of the best you can find around.

Install up to three games and run each one of them to see how well they will run. It’s not only crucial to know the emulator you can stick with, but it is also a critical step to take when you are about to embark on a journey. You won’t wish to get stuck in an endless loop of boredom due to your phone running your favorite retro game sluggishly.

If you happen to have a question about these SEGA Genesis emulators for android, you can send us a mail. You can also use the comment section to share your experience with us. We will be sure to treat and reply to every of your concern promptly.

Remember, every of these console emulators is perfectly working, a settings mishap might be the problem on your end, and we will be glad to help in situations like this one. 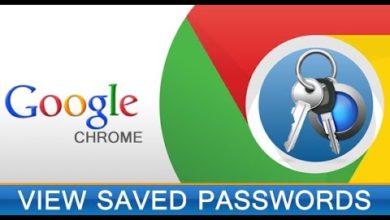 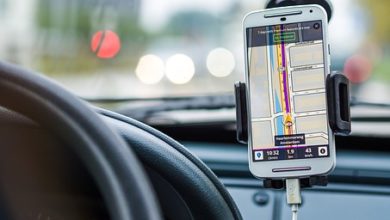 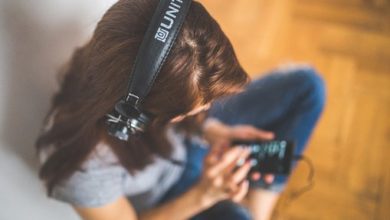